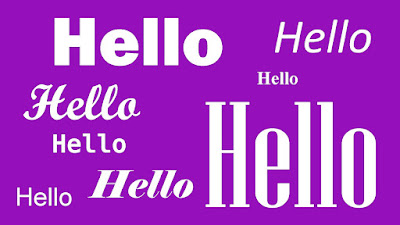 You may repeat the one word as many times as you care to (and it may be said by multiple characters or in different tones). How many sound effects do you need to paint the picture properly? Consider loaded language, emotionally charged words, repetitions that disconcert: Help; the first time a baby says Mama; saying Hello (over and over) and not hearing a response. Post your completed "story"  under the relevant heading on the FB page  (before the start of class). Again, to easily post audio on FB, it needs to be attached to an image (i.e. turned into a video).
Posted by Raconteur Ventures at 6:23 PM No comments:

Using your phone and an everyday object, record an ordinary sound that can stand in for something extraordinary and/or otherworldly. 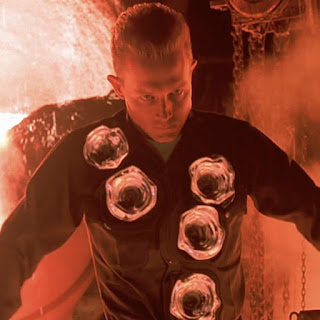 When Linda Blair’s head turns a full 180 degrees on her possessed neck in The Exorcist it's actually a wallet twisting. Sound designers hit slabs of meat for the punches in Rocky and Fight Club. Packaged liver sliding in a flat container made the sound for E.T's walk (which Spielberg described as "liquidy and friendly.") Turns out, when a bullet hits liquid metal it sounds like an empty glass being dropped into a bucket of yogurt (and when the T-1000 morphs around the jail cell bars, it's wet dog food sucked from the can with a vacuum cleaner hose). A metal endoskeleton stomping on a human skull was a pistachio shell. Spidey's comic book "thwip" was fishing line and shaving cream; Nightcrawler's "Bamf" a vintage camera flashbulb. The legs and arms of Transformers' Jefire was a creaky oven door. A porcelain lid slowly slid from a toilet tank was the opening of the Ark of the Covenant. Freddy Kreuger's glove was a combination of leather and steel, a belt twisted and a knife slid along the blade of another knife. A wafer cone crumbling was the hatching velociraptor in Jurassic Park. So, then, think nut shells, ice cream cones, watermelon, meat, cabbage, keys, toilet tanks, etc. Try to recreate one of these sounds or come up with something new.
Posted by Raconteur Ventures at 2:02 PM No comments:

Students MUST post reactions ( minimum 250 words) to the listening linked below. Students are encouraged (but not required) to additionally respond to other student reactions. 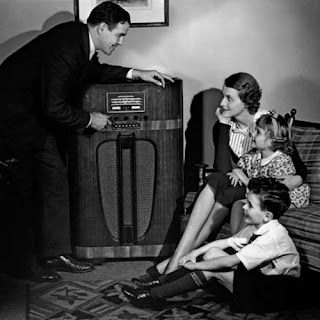 The old-time radio era, sometimes referred to as the Golden Age of Radio, refers to a period of radio programming in the United States lasting from the proliferation of radio broadcasting in the early 1920s until the 1950s, when television superseded radio as the medium of choice for scripted programming and radio shifted to news, sports and playing popular music. During this period, when radio was dominant and filled with a variety of formats and genres, people regularly tuned into their favorite radio programs. According to a 1947 C. E. Hooper survey, 82 out of 100 Americans were found to be radio listeners. (Wikipedia)

Click HERE and scroll down to browse the Old Time Radio archive; then select/listen to two eps from two different serials (eps are roughly 20 min). One of my favorites is Inner Sanctum.
Posted by Raconteur Ventures at 6:49 AM No comments:

TURN YOUR RADIO ON AND HIDE. 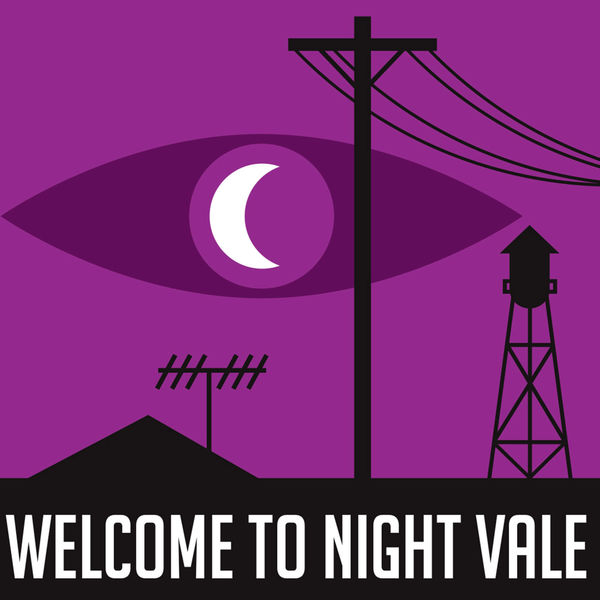 TURN YOUR RADIO ON & HIDE: AUDIO STORYTELLING & MULTIMEDIA COMPOSIITON (aka WORRY 101)
SHORT DESCRIPTION: Worry is suspense. And every story needs it. The course focuses on building apprehension, on urgency and discomfort, on hooking listeners by making them worry. Students will listen/respond to several vintage radio dramas and modern fictional podcasts and write/produce a handful of sonic stories/ear movies.
LONG DESCRIPTION: Radio has two great strengths: the first is the mind's innate obedience, its willingness to try to see whatever someone suggests it see, no matter how absurd; the second is that fear, or suspense, or awe, are emotions that knock our adult pins from beneath us, often leaving even the most uninventive person with a suddenly activated imagination, a kid groping in the dark for a light switch. We'll talk about suspense. About how sound triggers terror more acutely than any other sense. How we're evolutionarily disposed to jump at noise before light. We'll talk about the closed door. How what’s behind it scratching (or at the top of the stairs creaking), is never as scary as the scratching and creaking itself. We'll talk about serialized storytelling and cliffhangers, about getting under the listener's skin and sustaining apprehension after the last word, about guaranteeing a listener will tune in for the next installment. We'll go cosmic. Microscopic. We'll travel to the top of Mount Everest, to the bottom of the Mariana Trench. We'll suck wet dog food out of cans with vacuum cleaner hoses and drop empty glasses into big buckets of yogurt. We'll punch slabs of meat. We'll filter voices for underwater or outer space conversations and we'll mix together sounds to create the yawp of a made-up monster. We'll talk with podcast writers and producers like Earthbreak's Will Rogers, Black Books' Paul Bae, and Clay McLeod Chapman. We'll let songs inspire stories. We'll watch David Bowie and Mick Jagger dance in the streets with no sound. We'll listen to classic radio drama like War of the Worlds and Sorry, Wrong Number and modern podcasts like The Truth and Limetown. We'll talk about radio auteurs like Orson Welles and his notorious Jersey-centric broadcast/hoax; about Lucille Fletcher, who knew that audio drama wasn’t simply sound effects, but a psychic space in the brain, a landscape of the unknown. And, finally, but most importantly, we'll write and produce our own sonic stories and ear movies.
SAS CORE GOALS:

AH r: “Students will engage critically in the process of creative expression.”

Note: This class operates as a “Mac shop” - meaning that the programs and equipment that will be covered will be Apple brand. The skills that are obtained in the course are transferrable to a PC environment. All of the equipment for the course will be provided through Writers House and the Plangere Culture Lab.